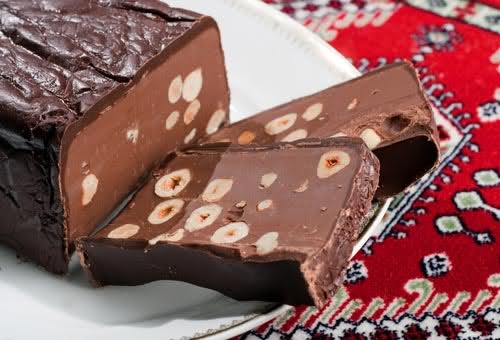 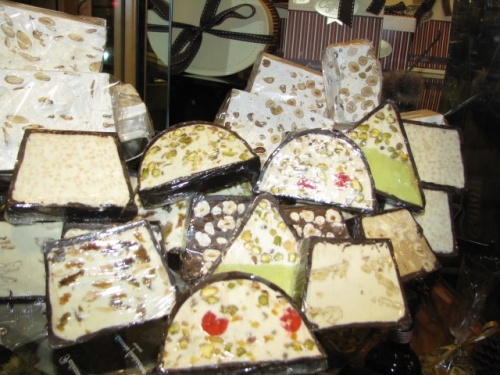 The first November in Naples there is the custom of the nougat of the Dead (also known as nougat of November 1). It is a soft nougat-based chocolate that is in many variants, the most popular are hazelnut and gianduja.
Appreciated and consumed by the upper classes, as the poorest, the nougat was already known in Roman times, as evidenced by the writings of the historian Livy. The Latin poet Martial tells us that the cupedia was one of the specialties of Sannio and not by chance are the hawkers of nougat called "cupetari". The word "nougat" instead Torrea derives from the Latin, the verb meaning "roast", with reference to the roasting of hazelnuts and almonds. In Benevento, has always been widespread production of nougat, an activity that was then extended to the whole province, which over the years has distinguished itself for the continuing emergence of many manufacturing centers of excellence, such as the towns of Santa Croce del Sannio and Montefalcone Val Fortore. The fame of the nougat of Benevento, former enclave of the Papal States, is especially popular in the seventeenth century, because, during the Christmas holidays, the product was even sent to Rome as a gift to prelates and senior figures in the capital. Not by chance in the next century produced one of the specialties, a real delicacy, is in fact called "Torrone of the Pope." But it was mainly to enhance the Bourbons in 1800 "Benevento cupeta" making it the product Chistmas and to initiate a tradition that was handed down through the centuries until today. If we speak of "Torrone of Benevento" Today we refer to several varieties: the white one with almonds, hazelnuts, nougat cupedia white, the white Soft Nougat with crunchy almonds and coated with chocolate, typical of San Marco dei Cavoti; these nougat flavors to share some qualities characteristic: they are very dry, crumbly and sweet. These products, today, represent a secondary resource in the economy of the province of Benevento and have the advantage to use and exploit some smaller local productions, such as honey, representing, therefore, also an important factor in staying on the territory. In recent years there has been a rediscovery and a certain revival of nougat that has made possible, in addition to the survival of the old artisan firms, the emergence of many new businesses perfectly integrated in the traditional vein. The classic is a sweet nougat Benevento from simple basic ingredients: egg whites, honey, hazelnuts and almonds. Soft or hard, white or chocolate, with almonds or hazelnuts, it is a taste treat than, almost regal. In it, art and tradition, past and present come together in harmony: the choice of raw materials, processing and cooking took place, in fact, with the same care and dedication of a time. The use of methods of production craft and respect for old recipes to ensure product quality and authenticity. The adoption of technological innovations by manufacturers does not affect the qualitative result, but rather allows you to create new tastes and an increasing variety of assortments, always respecting the ancient recipes.

Available in the following flavors:
chocolate
banana
chocolate and banana
walnut
hazel
pistachio
coffee
cassata and almonds
marron glace
pistachio and milk
cassata
strawberry
milk
almond
Write us or call us at info@youdreamitaly.com +39.081.19463669 and please the tastes of your choice ...